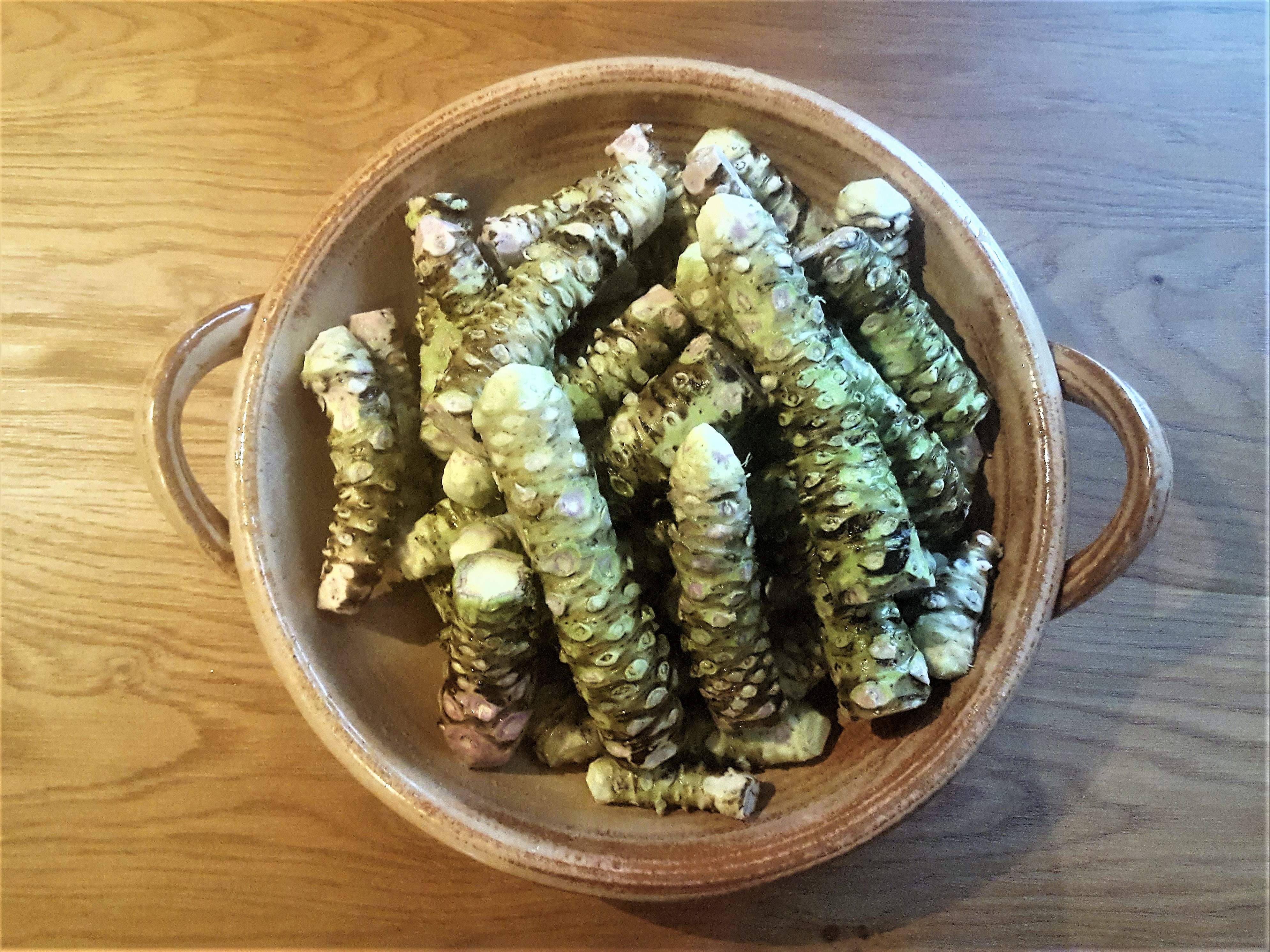 After waiting 2 years, it finally arrived - harvest day for the rhizomes. Zak made his way to the polytunnel and chose a wasabi plant to dig up. He carefully dug his spade next to a bushy green wasabi plant and began to lift it out. During the lifting, he held on to a big rhizome and placed the whole plant on to the bench. The next step was to remove most of the soil and gravel from the ball of roots. Then he used a hosepipe to clean the roots and while doing this he saw the prized rhizome. He carefully removed the stems and leaves from the crown and began to cut the roots from the rhizome. There was not just one rhizome, he also managed to remove 3 smaller ones.

Furthermore, he removed several off-shoots from the rhizomes and placed them in a bucket to plant later in order to grow more wasabi rhizomes. Throughout the day, Zak managed to dig up 51 rhizomes of many different sizes ranging from 20 grams to the biggest which was 170 g. The trimmed rhizome went into a bowl ready for washing in cold running cold water. The trimmed fresh wasabi rhizomes were then prepared and vacuum packed to deliver to our customers. Zak decided to try one of the rhizomes. He chose a small rhizome which was about 20 grams in weight and began to grate it into a paste. He knew that you must leave it for 5 minutes while the enzymes start to work and produce the wasabi kick. After waiting, he placed a dab on his tongue and it nearly blew his head off, but overall it was a pleasant experience. The taste was zingy and it went straight to his sinuses. He really enjoyed it. If you would like to buy some, please visit the Wasabi Crop Shop! I have to go now and help dig up more rhizomes; it would be great to beat the British record of 377 g!